Jiri Nikkinen The Beatles Tribute Band is the most famous and highly respected Beatles band in Finland. The Band showcases a wide collection of The Beatles songs from the early days to the end of The End. All the members of the band have devoted themselves with love and passion to the music of The Beatles. When the Chesterfields are on and the Gretsch is waiting with the Höffner, it’s time to whistle the Magic Piano up on stage – The Magical Mystery Tour is about to begin…

Jiri Nikkinen is a Finnish musician, songwriter and guitarist. Jiri is a well-known and popular artist in the Finnish pop’n’rock scene and is the lead singer of The Clifters, a very famous pop and rock band in Finland. In his 34 year career he has released 14 albums and also written lyrics for many top Finnish artists. The Beatles is a way to think, create and live for Jiri and in every project his music has always been greatly influenced by them. He really is the number one Beatle fan in Finland.

Last year the band performed with Tony Sheridan at Tampere Beatles Happening in Finland. In 2009 Jiri Nikkinen performed at International Beatleweek in Liverpool with his band, and the gigs were a great success. There was a crowd of people following the band from a gig to gig. This year the band sounds even bigger and better. This group of professional musicians will really give you A Day In The Life! 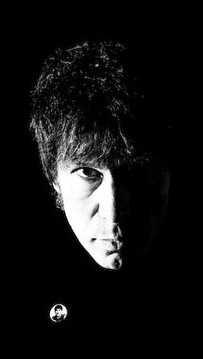